Why I Love My Gay Boyfriend 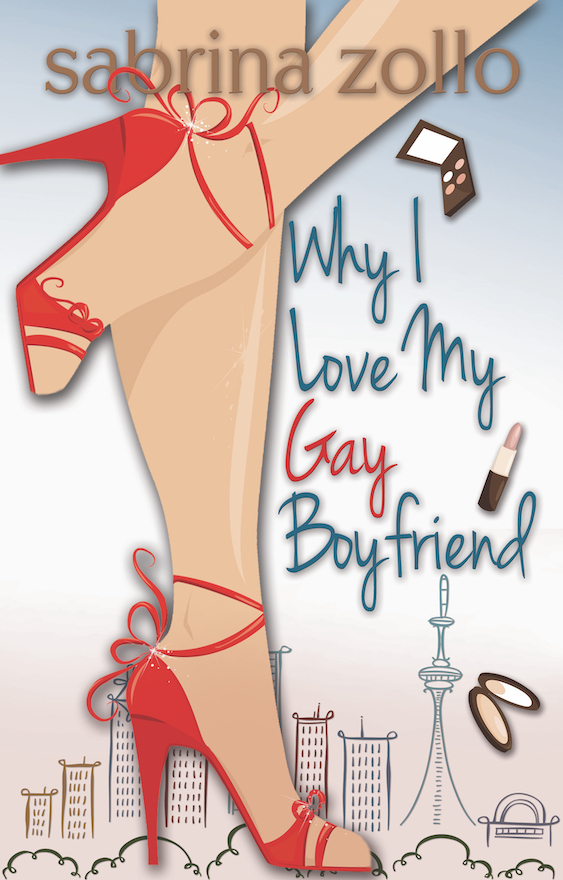 When Veronica graduated with an MBA and dreams of saving the world, she never knew she would end up a corporate slave to the lipstick gods, in love with her playboy boss and in need of a gay best friend to make her feel fabulous.

Straight out of school, bright-eyed and bushy-tailed, Veronica has her heart set on an honorable job, such as saving starving children. Instead, she accepts a job at Gisele, a global cosmetics empire that seems to mock her every value. Veronica struggles to fit in until she meets Stevie, a gay co-worker, who immediately assumes the role of fashion counselor and fabulousness.

Under Stevie’s mentorship, Veronica flourishes as a vixen and marketing peon. But for Veronica to truly succeed at Gisele and seduce her boss, she must bequeath her soul to the makeup gods and sacrifice her friends in a ritual known as corporate brainwash. How far does Veronica go before she realizes she is losing everything she once valued, including herself?

Sabrina Zollo is a marketer and author who lives in Toronto, Canada. She has been compulsively writing stories since childhood. She graduated with an MBA from York University and has worked in brand management for almost ten years. Sabrina is a consummate lover of Pinot Grigio, dark chocolate, shoes and spin class.

“Why I Love My Gay Boyfriend has many laugh out loud moments, it’s quick paced and I really enjoyed the character dynamics between Veronica and Steve . . . Zollo is a gifted writer and I look forward to what she writes next. A humorous chic-lit story that I’ll be recommending to my friends!”—Minding Spot

“Sabrina Zollo captivates with her corporate world of cosmetology and the fashionistas who strive to own the beauty crown. I enjoyed how we followed Veronica fresh from gaining her new MBA with dreams of goodwill and how easily she succumbs to the lure of the shiny, sparkly aesthetic industry.”—Night Owl Reviews