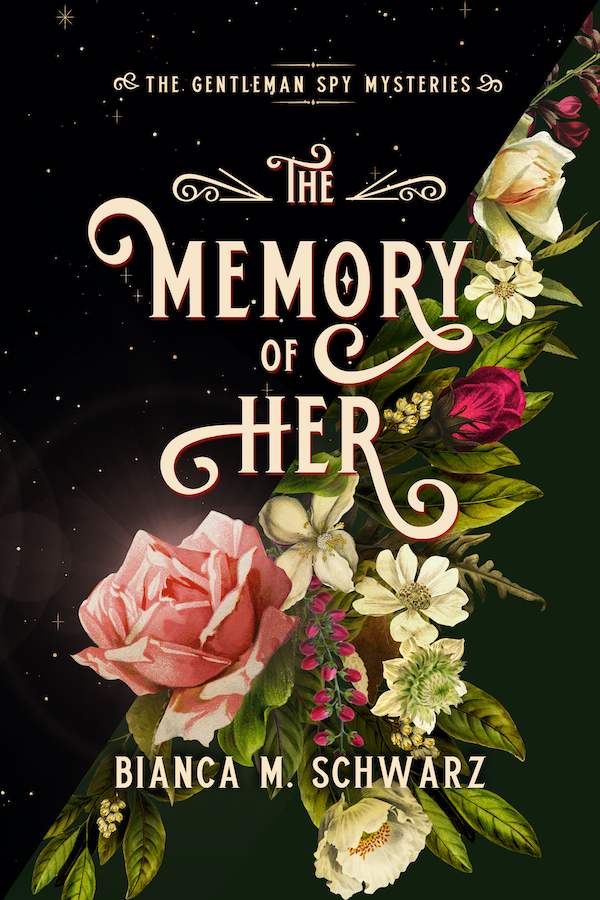 The Memory of Her

Eliza Broad has overcome trauma and loss to become the confident woman and spy she is today, much in thanks to the care and attention of Sir Henry March, spy to the Crown. Fellow spy and good friend to Sir Henry, Allen Strathem has loved Eliza from the moment he first set eyes on her. But out of respect, he never told her and left England for a mission on the Crimea with his secret buried deeply. But the memory of Eliza kept him sane during the relentless horrors of his captivity.

When he returns, Eliza is tasked with helping Allen recover, and she dedicates herself to restoring the sparkle in his eyes and banishing the specters of his Russian captivity.

As Allen recuperates, and they realize danger has followed him back to England, Eliza is elated that Allen not only accepts her help, but respects her skill. Together they set a trap and defeat the man who tortured Allen, only to discover something far more dangerous afoot. With danger and intrigue around every corner, Eliza and Allen rely on and trust each other, and soon their once-buried love for each other becomes a driving force. The dangerous adventure they both share and thrive on binds them together, but will that be enough to protect them from those who wish to see them dead?

Bianca M. Schwarz was born in Germany, spent her formative years in London, and now lives in Los Angeles with her husband and teenage son. She has been telling stories all her life and holds a degree in English literature. The Memory of Her is the third book in her successful Regency romantic mystery series, The Gentleman Spy Mysteries.

“Schwarz launches her Gentleman Spy Mysteries series with an immersive and suspenseful Regency romance. The magnetic love scenes and enticing mystery will have readers eagerly anticipating the next instalment.”–Publishers Weekly (The Innkeeper’s Daughter)

“A complete master of storytelling, nobody combines intrigue and historical romance with more brilliance than Bianca Schwarz. Filled with twists and turns, Sir Henry and Isabella’s story will stay with readers long after the last page is turned.”–C.H. Armstrong, author of The Edge of Nowhere (The Gentleman’s Daughter)