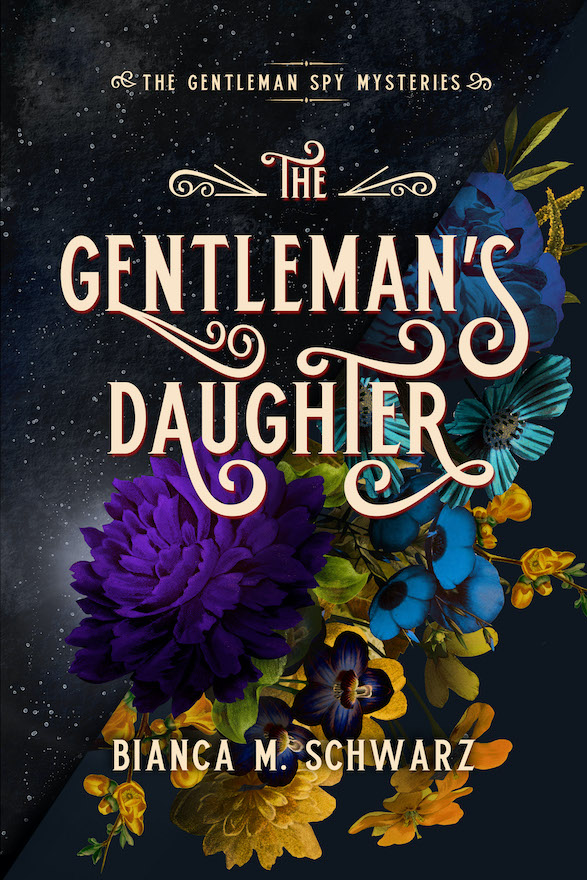 Sir Henry, secret agent to the crown, must marry a lady above reproach to afford his illegitimate daughter entrance into society. After narrowly escaping marriage to a highborn bigot, he takes an assignment in Brighton, leading him to an abandoned abbey full of dark whispers, and a sinister secret society, the very one Henry has been investigating for three years.

Isabella is as beautiful as she is talented, but falling in love isn’t part of her plans. She only wants to paint, forget her painful past, and keep her overbearing mother at bay. But gaining one’s independence isn’t easy for a woman in 1823, so Isabella embarks on a fake courtship with Sir Henry. Soon, love and a painting career no longer seem so utterly incompatible.

But when the man Isabella fears most kidnaps her, all appears lost. Realizing the kidnapper is part of the same organization he is investigating, Henry chases after them. Entrapped in a web of secrets, both Henry and Isabella must face old enemies, and fight for their happily ever after.

Bianca M. Schwarz was born in Germany, spent her formative years in London, and now lives in Los Angeles with her husband and son. She has been telling stories all her life and holds a degree in English literature.

“The Gentleman’s Daughter is an escapist romance novel whose pleasures and terrors culminate in a hopeful restorative ending.” – Foreword Reviews

“The chemistry between the charming Sir Henry and independent Isabella is delectable, and the intrigue is woven in perfectly to round out a thoroughly enthralling historic romantic mystery.” — Kelly Cain, author of An Acquired Taste

“A complete master of storytelling, nobody combines intrigue and historical romance with more brilliance than Bianca Schwarz. Filled with twists and turns, Sir Henry and Isabella’s story will stay with readers long after the last page is turned.” – C.H. Armstrong, author of The Edge of Nowhere

“Returning to the world of Sir Henry March and the gentleman spies was all at once comforting and thrilling. The depravity of the Snake Pit contrasted with the friendship-turned romance of Henry and Isabella took me on a ride I didn’t want to end. I cannot wait for book number three!” — Amanda Linsmeier, author