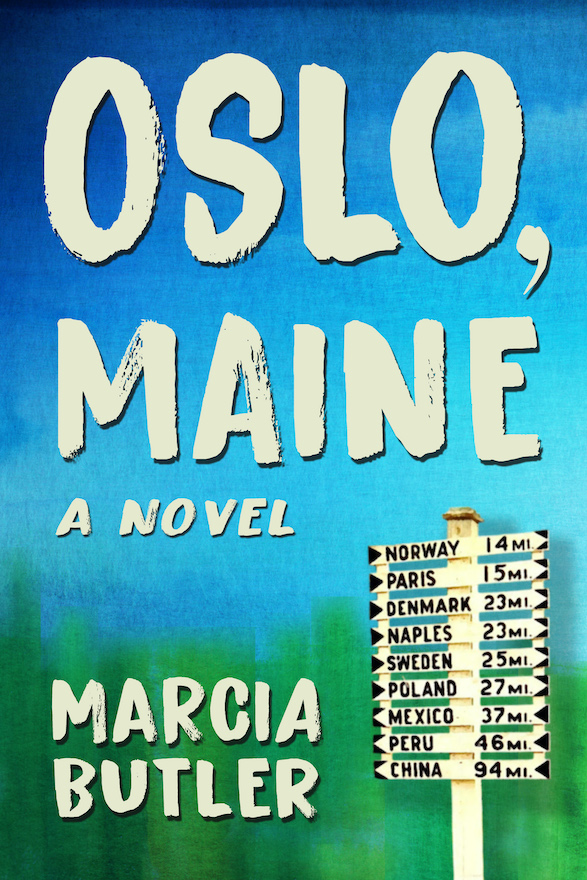 A moose walks into a rural Maine town called Oslo. Pierre Roy, a brilliant twelve-year-old, loses his memory in an accident. Three families are changed for worse and better as they grapple with trauma, marriage, ambition, and their fraught relationship with the natural world.

Meet Claude Roy, Pierre’s blustery and proud fourth-generation Maine father who cannot, or will not, acknowledge the too real and frightening fact of his son’s injury. And his wife, Celine, a once-upon-a-time traditional housewife and mother who descends into pills as a way of coping. Enter Sandra and Jim Kimbrough, musicians and recent Maine transplants who scrape together a meager living as performers while shoring up the loose ends by attempting to live off the grid. Finally, the wealthy widow from away, Edna Sibley, whose dependent adult grandson is addicted to 1980’s Family Feud episodes. Their disparate backgrounds and views on life make for, at times, uneasy neighbors. But when Sandra begins to teach Pierre the violin, forces beyond their control converge. The boy discovers that through sound he can enter a world without pain from the past nor worry for the future. He becomes a pre-adolescent existentialist and invents an unconventional method to come to terms with his memory loss, all the while attempting to protect, and then forgive, those who’ve failed him.

Oslo, Maine is a character driven novel exploring class and economic disparity. It inspects the strengths and limitations of seven average yet extraordinary people as they reckon with their considerable collective failure around Pierre’s accident. Alliances unravel. Long held secrets are exposed. And throughout, the ever-present moose is the linchpin that drives this richly drawn story, filled with heartbreak and hope, to its unexpected conclusion.

“I raced through this novel in one breathless sitting. Highly recommended!”—Karen Dionne, #1 internationally bestselling author of The Wicked Sister

“Marcia Butler is a master dramatist, a sorceress, and extraordinary novelist.”—E.J. Levy, author of Love, In Theory and The Cape Doctor