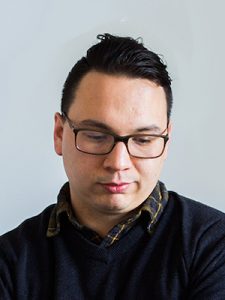 R. H. Swaney is a mixed-race poet from Sioux Falls, South Dakota. His early years were spent in a rural community, raised by his grandparents due to a complicated family history. Here is where his heart for humanity began to blossom as he navigated racial differences and small-town living. Writing since he was twelve, he eventually began performing spoken word music and composing poetry. Now, you can find him at his desk or favorite coffee shop writing and contemplating how his art can affect humanity in a positive, life-giving way.

Titles by this author